I love lifting and teaching, so I decided to turn my passion into my job. If you were to ask me my favorite lift, I would say the Press, because it should be everyone’s favorite lift (really it’s just because I have short and stubby arms, so I’m biased). I hold a bachelor’s degree from St. John’s College, Santa Fe, where I studied the “Great Books”, focusing primarily on philosophy, literature, and the history of science and mathematics. As for rapid fire random facts which have absolutely nothing to do with lifting: I’ve worked in an Alaskan salmon cannery, was a monastery gravedigger, ranched cattle in Colorado, have a twin brother named Dallas, a dog named June Bug, live in a travel trailer full-time, and love cigars, grilling, and whiskey. 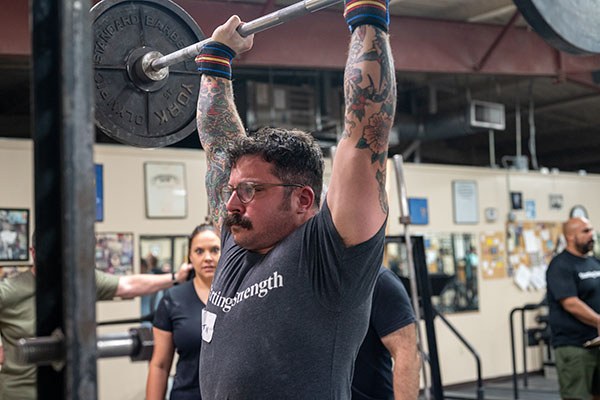